Desert thresholds are narrow zones of spatial instability (irreversible transition) between semi-arid and arid regions. Identifying shifts in these zones are indicators of Climate change and Desertification. However, this task is difficult due to of the high spatio-temporal diversity of vegetation, soil and bare rock patterns in these regions. We have employed three concepts for this purpose:

These Studies utilized the techniques developed in earlier works: 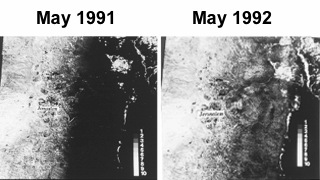 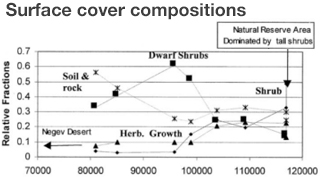 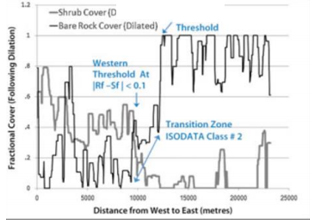 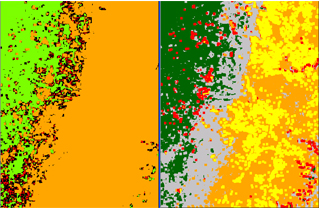